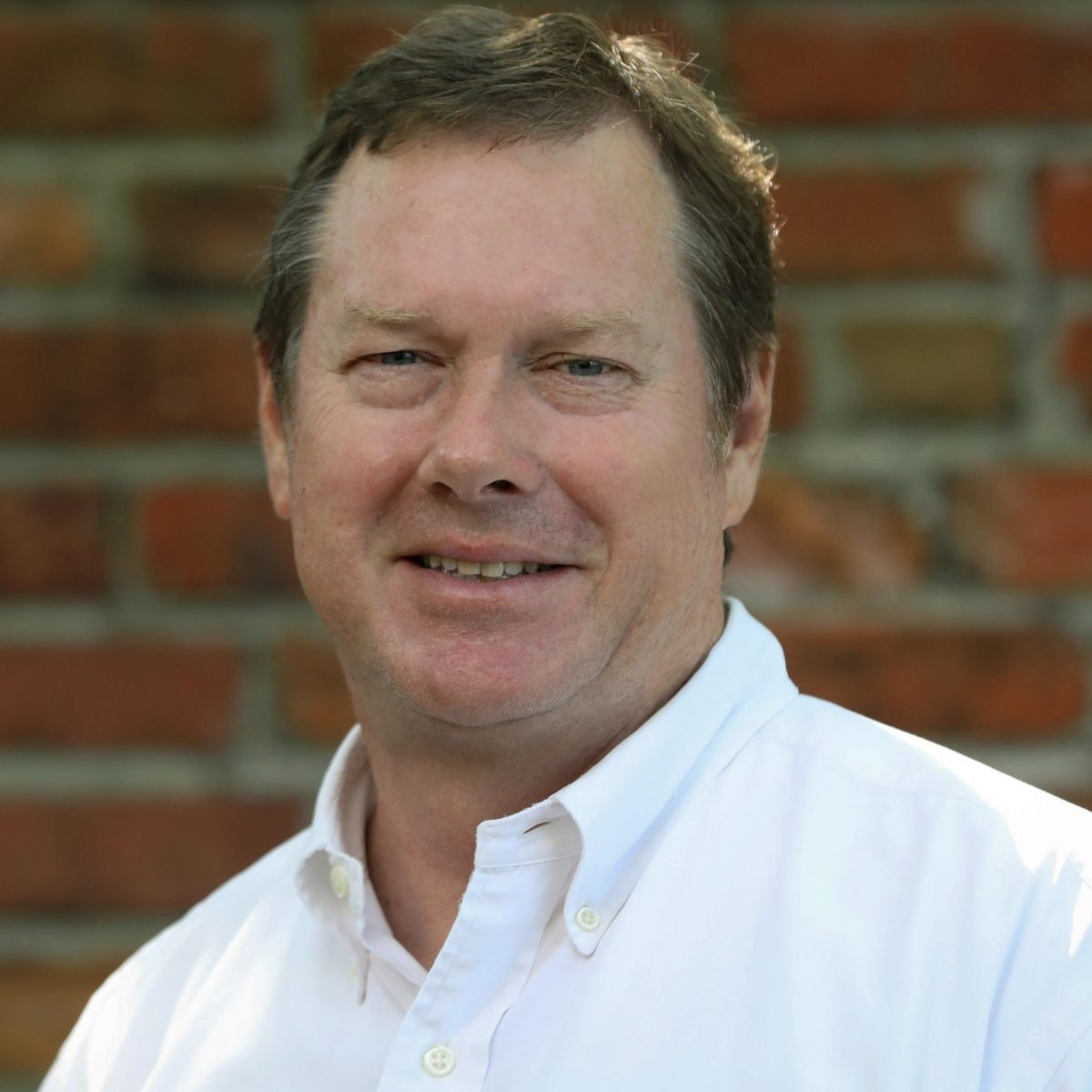 Mr. Warren is one of the founders of The Hague School and serves as the Provost and Chief Academic Officer.  He has been a practicing attorney since 1987 and has taught as an Adjunct Professor of Composition at Old Dominion University since 1998, as well as serving as the Director of ODU’s Conflict Management Program for many years.  Mr. Warren has authored two professional texts, a novel, several short stories, and dozens of professional articles, presentations, and seminar curricula. From that experience and post-graduate research, he designed The Hague Approach, which is the pedagogical foundation for The Hague School’s conference method courses.  In addition to teaching Research and Composition, Mr. Warren offers elective courses in debate, mystery and historical novels, martial arts, and cycling. 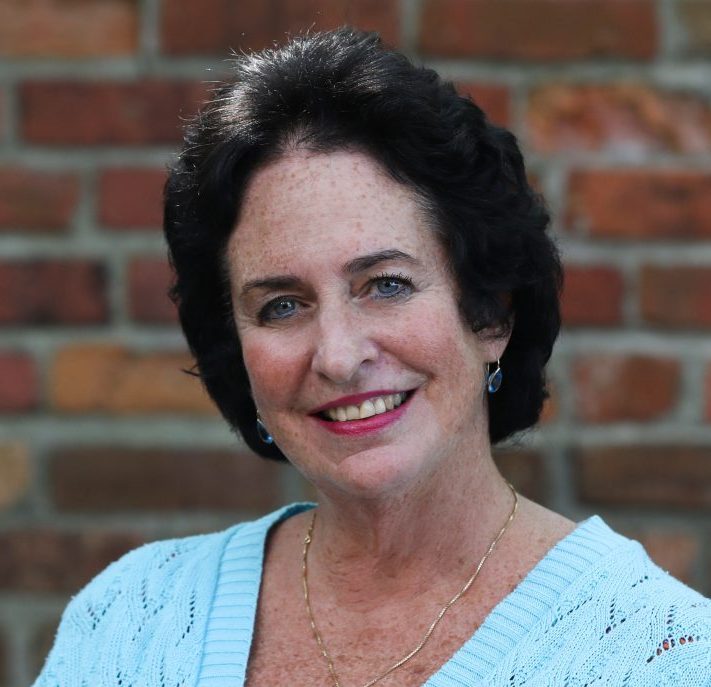 Ms. Walker holds a Master of Arts in English Literature. During her 30+ years experience as a teacher/ mentor/ coach, she has earned numerous certifications and awards: Gifted Teacher of the Year for Virginia Beach and the Virginia Gifted Region II, the Fulbright/ Hayes Grant Award and she was the keynote speaker at the Creating Connections Conference in Tatarstan, Russia. Ms. Walker has also taught as an adjunct instructor and is a classically trained soprano singer. Using her extensive background in gifted education and instructional design and development, Ms. Walker helps students from disparate backgrounds and varying curricula exposure prepare for the challenges of 21st century learning. 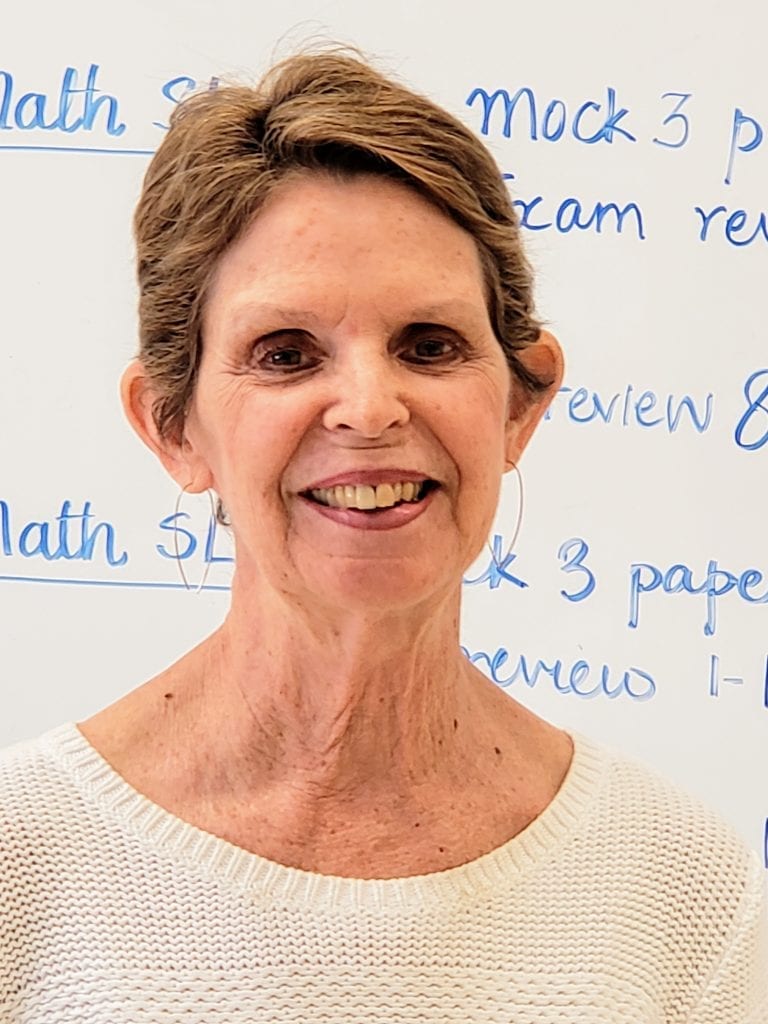 Holding a Masters in Education with extensive training in Advanced Placement and International Baccalaureate Programme courses, Ms. Waefler has taught Math at Granby High School for the past 20 years.  Her courses include, Algebra 1, 2, and 3, Pre-calculus, Geometry, AP Statistics, IB Math Studies and IB SL. As an educator with extensive classroom experience and curriculum design, she is passionate about connecting with her students and finding ways to encourage their growth and development.  Her warm personality and creativity make learning math fun! 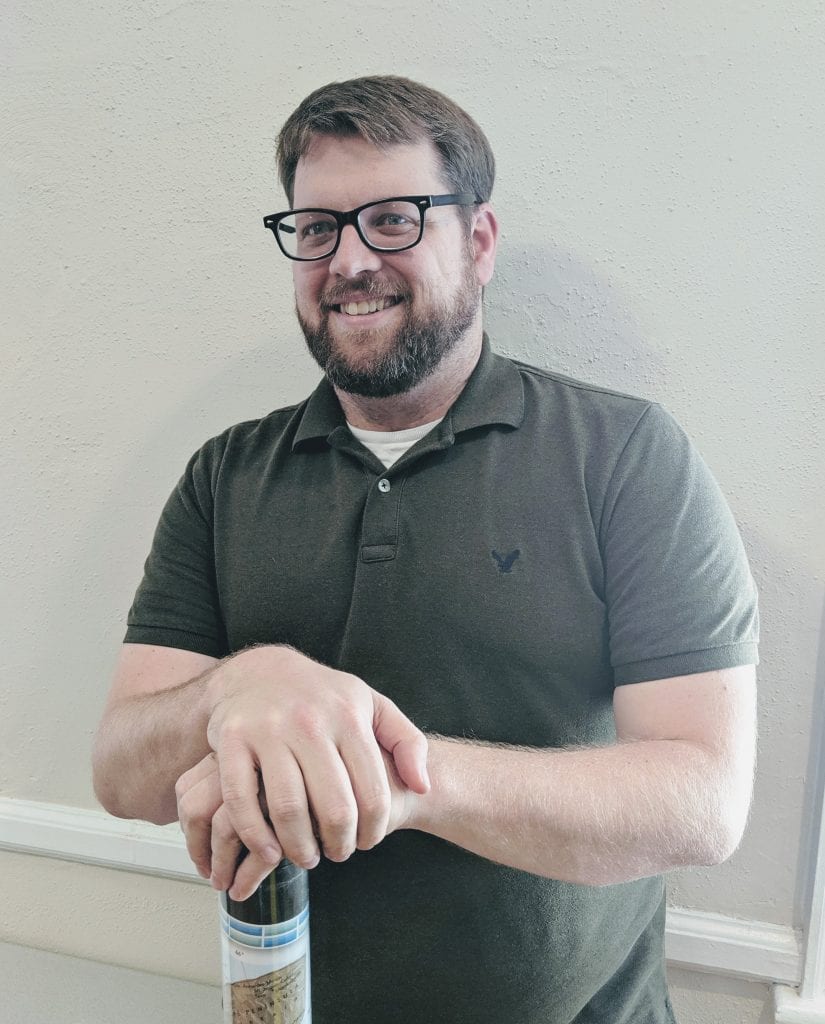 Mr. Lemieux holds a Master of Arts in Social Studies Curriculum and Instruction. He began his professional career as a Social Studies teacher at Granby High School in 2005 and is the lead teacher for the Theory of Knowledge Curriculum. Trained by the International Baccalaureate,  his specialties of Geography and Political Science mesh nicely in the AP Human Geography class he began teaching in 2010. Mr. Lemieux brings his passion for education, critical thinking and his vast international experiences to the classroom each day, hoping that his students recognize that no matter where you go, people are more similar than different.

Ms. Horten has served as a graduate lab assistant and/or adjunct faculty member at Christopher Newport University in Chemistry and Biology since 2014.  As an undergraduate, Ms. Horten tested new methods of reverse micelle development, analyzed samples via FT-IR, and performed in-depth data analysis.  In connection with her Master’s thesis in Environmental Science, Ms. Horten prepared an electronic training module using examples from primary literature, designed to enhance student comprehension. As an instructor, Ms. Horten strives to express her enthusiasm for science by creating curious courses, communicating scientifically, and bringing environmental science to a personal level for each student. 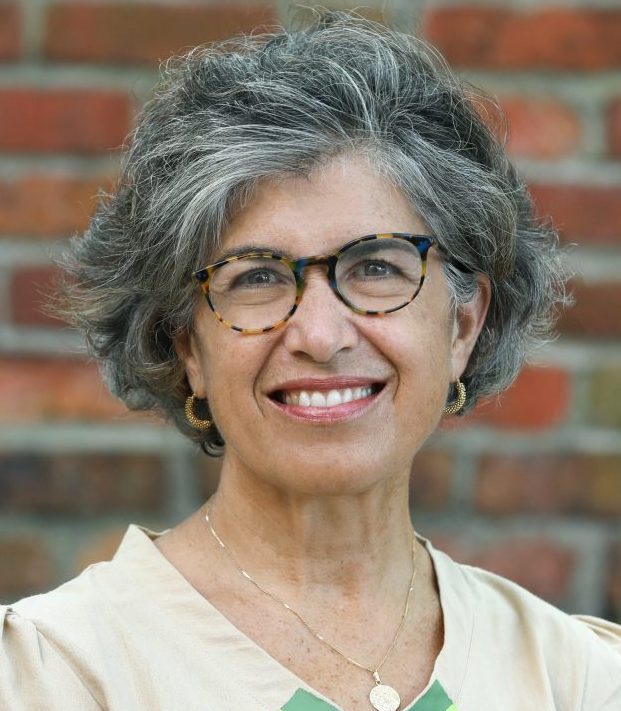 Ms. Adelfio is an internationally known sculptor who serves as the Artist in Residence at The Hague School.  Coupling this experience with a Masters Degree in Art History, she offers a course where students  integrate Art History, utilizing the school’s partnership with The Chrysler Museum to engage with original works of art, as well as create their own.  Trained in the Harkness Method at Phillips Exeter Academy, Ms. Adelfio also leads our school’s world languages initiative, which incorporate linguistics and cultural awareness with proficiency in Italian, French, and Spanish.

Ms. Peek, the Director and Executive Producer of Auroris Media Inc. holds a Masters Degree in Film Producing and Directing.  She is an award winning producer who has been a speaker and judge at the U.S. International Film and Video Festival. She has produced and directed over 100 television documentaries, commercials, and shorts.  Her most recent film, I Dream of Dance, about legendary choreographer Denise Wall and her Emmy Award winning son, Travis Wall, was released was released by Sony/Orchard in 2018 and came out as the #6 documentary on iTunes, and is currently on Netflix.  She is passionate about social justice issues, giving a voice to the voiceless and underrepresented communities.

Mr. Peek, the Vice President of Auroris Media Inc. holds a Masters Degree in Directing and Cinematography.  He is an award winning producer and cinematographer who has filmed across the world for the past 15 years, including filming the World Cup in South Africa and Pope Francis’ first historic visit to the White House.  His most recent film, Unacknowledged was released by Sony/Orchard and became the #1 iTunes documentary worldwide.  Mr. Peek is also a member of the Producers Guild of America.

Their shared passion for telling stories and giving back to the community has prompted them to start a film program at The Hague School.  They will offer progressive courses, incorporating both theory and practice, so that participants in this program will graduate with a film portfolio. 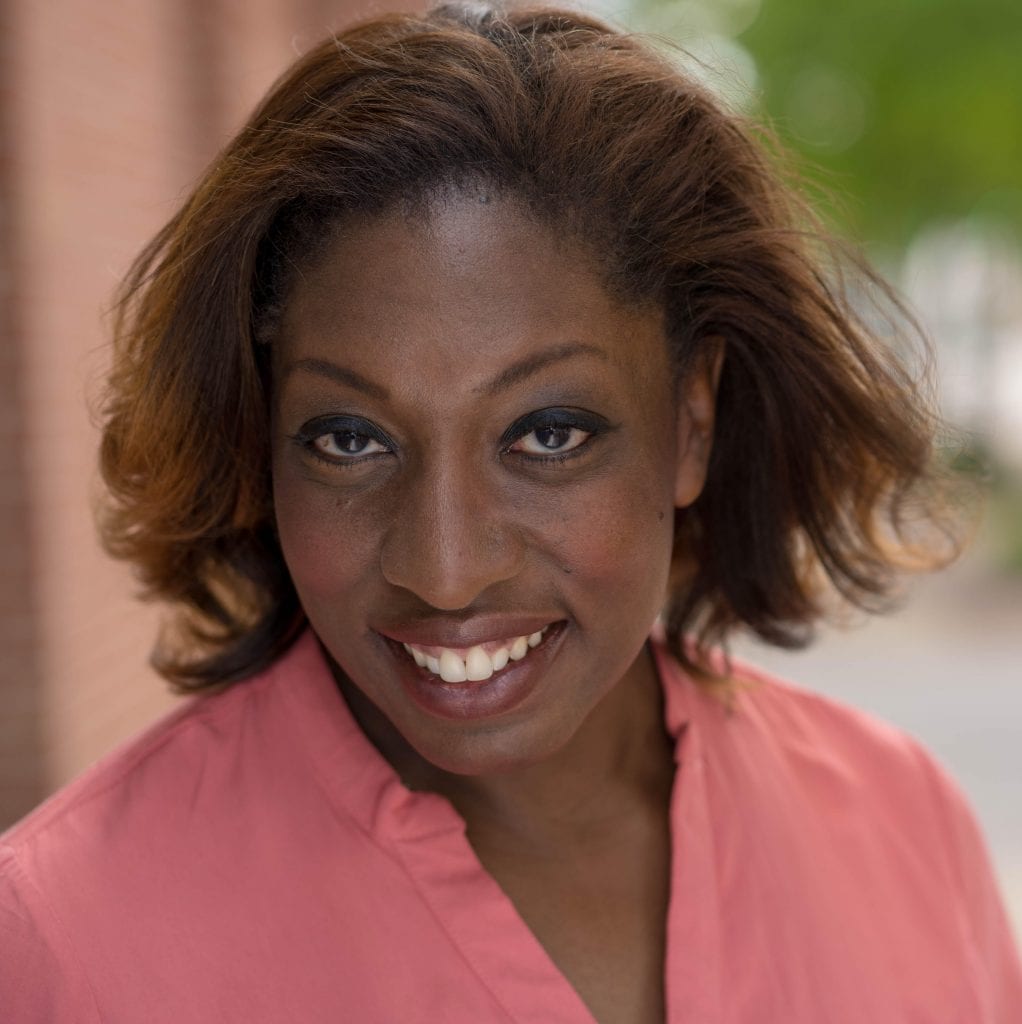 Ms. Heidelberg-Denison has served as an Acting and Audition Counselor, as well as a Summer Camp Counselor for The Hurrah Players, and has volunteered to assist in numerous theatrical productions at Saint Patrick’s Catholic School. She currently offers private coaching sessions for acting and auditioning and is the lead vocalist for the jazz ensemble, Swirl. At The Hague School, she will offer an elective in Drama and assist with the school’s
theatrical productions. 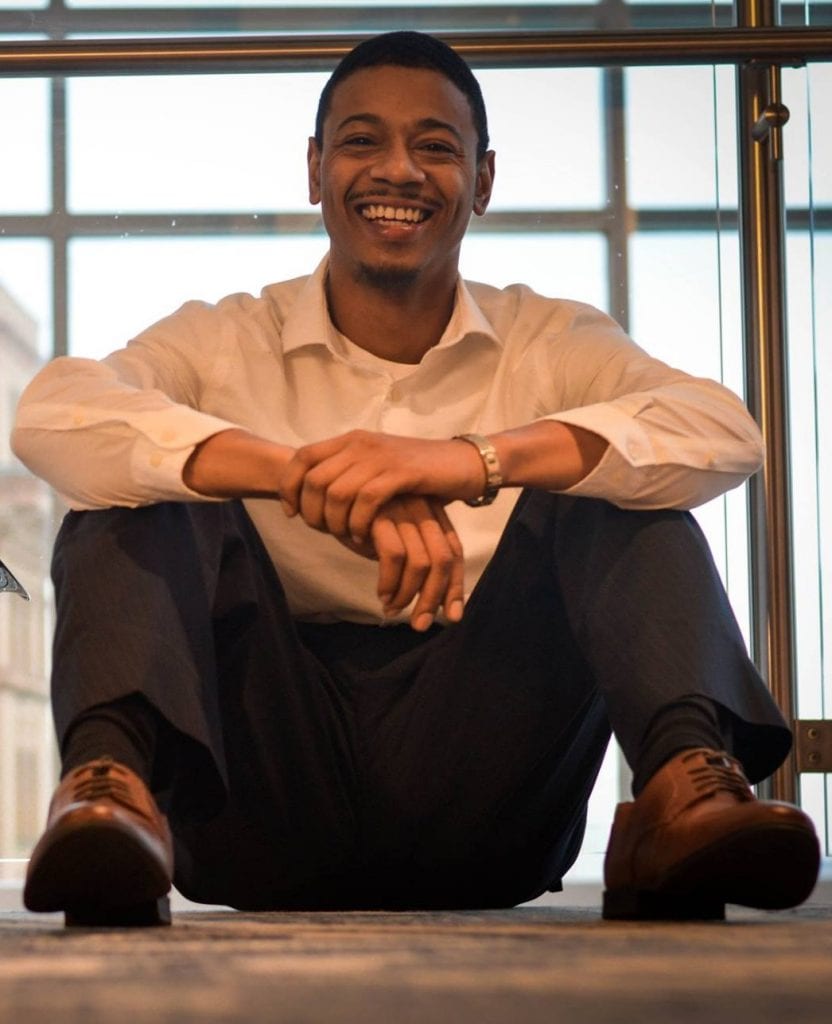 Mr. Manning studied music at Old Dominion University and has been a full-time musician since 2009. Proficient in four instruments, his contemporary jazz ensemble Different Perspectives has played throughout Hampton Roads, Richmond, and beyond. He has more than seventeen years of experience playing the saxophone and a solid background in classical, jazz, and gospel music. He also has sound production experience and teaches Music Theory and leads an Introduction to Music Production summer camp at The Hague School. 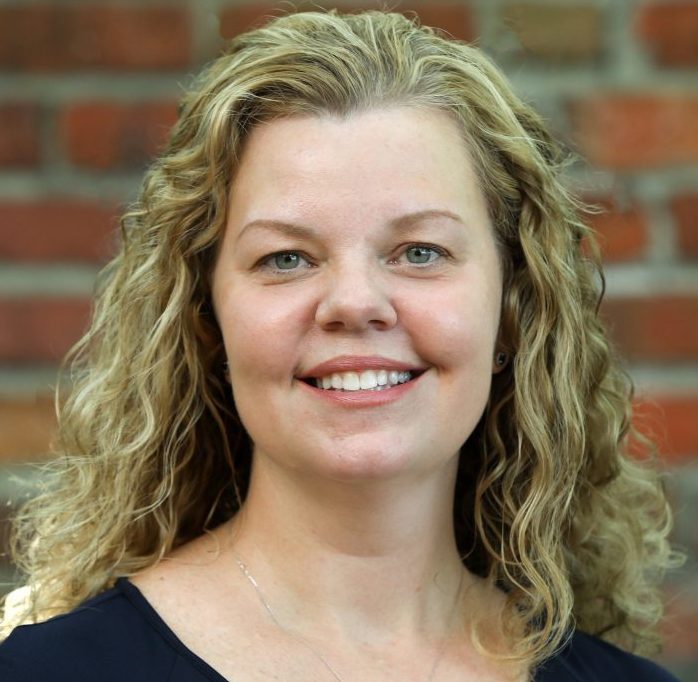 Ms. Warren holds a Juris Doctor degree and is one of the founders of The Hague School, currently serving as the school’s Associate Head of School.  She has been instrumental in defining the school’s brand and vision, creating community partnerships and outreach opportunities, and speaking to area organizations and schools in seeking student enrollment.  As an experienced legal professional, mediator, and corporate trainer, she is cognizant of the importance of relationships and is eager to build them at The Hague School with students, families, and the community. In addition, she will also offer electives in Women’s Studies to reflect her passion for building confidence and self-esteem in young women while empowering them to express themselves at the table.  Ms. Warren will also serve as the school’s International Baccalaureate Program Coordinator, guiding the school through the candidacy process to offer the Diploma Programme for the 11th and 12th grades.